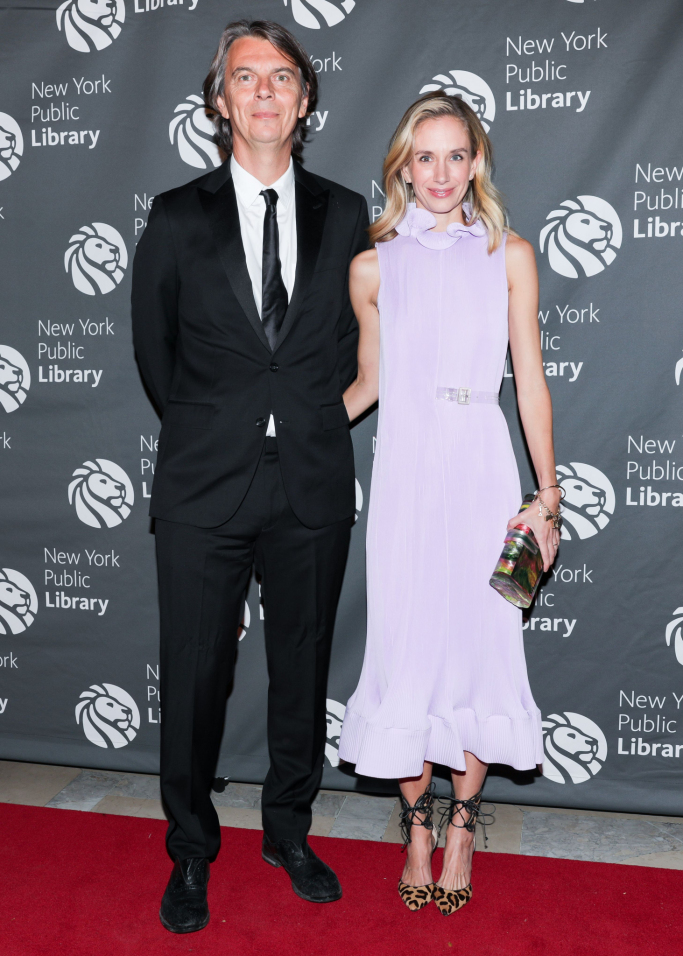 On Monday night in Midtown Manhattan, Gay Talese was inside the New York Public Library on Fifth Avenue, the NYPL’s Library Lions event — an annual celebration of patrons of the arts.

Talese was one of a handful of former Lions wearing their medals, attached to the thick, signature red ribbon, proudly around their necks at the party. They’d put on their black-tie finest and gathered within the confines of the historical building to honor this year’s set: Francis Ford Coppola, historian and biographer Ron Chernow, opera singer Jessye Norman, poet Claudia Rankine and novelist Elizabeth Strout.

Sofia Coppola, who will receive her own award from Ballroom Marfa at their Spaghetti Western Gala Tuesday night in Manhattan, attended to support her father. Lauren and Andrés Santo Domingo, David Remnick, The Breakfast Club’s Angela Yee (who’s a library ambassador), Sen. Chuck Schumer and Rory Culkin were also in attendance at the party — which was truly a sight to see, interior design-wise. Cascades of vines fell from the entryway, where all of the honorees’ books were on display. On the third floor, the Rose Main Reading Room was transformed into a dining hall for the guests, where a live band played jazz tunes and the tables were festooned with alternating floral arrangements of orchids and white lilies. The whole night smacked of some bygone era of New York, when people wore fedoras and Mackintoshes and elbow-length gloves.

Tory Burch, after posing for photographs upstairs, said she was busy beyond words, what with her foundation, her collections for Tory Sport and the main line, and, oh yeah — her upcoming wedding.

Another thing that’s been keeping her nose to the grindstone: Tuesday’s election.

“We designed a T-shirt, and partnered with Eighteenx18, Yara Shahidi’s group. I’ve challenged ceo’s to give people time off to vote. We set up different registering opportunities in some of our store locations. So we’re committed.”

But back to Talese, who seemed jolly as the wine and cocktails continued flowing. During dinner, all the past and new Lions were asked to please rise. Talese, sitting at the same table as Ford Coppola, got up, looked at the director and raised his fist in acknowledgment.

Talese touched briefly on the Netflix documentary “Voyeur,” which was released in 2017 and centered around controversies of the journalist’s book “The Voyeur’s Motel.” Apparently, according to Talese, prior to the documentary, he’d signed a “million-dollar deal” for another movie to be made by directors Sam Mendes and Steven Spielberg based on the book. Talese didn’t tell anyone that three years prior, the documentary group had followed him for “Voyeur.”

“I didn’t think it was important,” he said. “I thought it was a little documentary, for journalism. Mendes found out about it and Spielberg got angry. They were blindsided, I blindsided them. Then they killed the million-dollar deal.