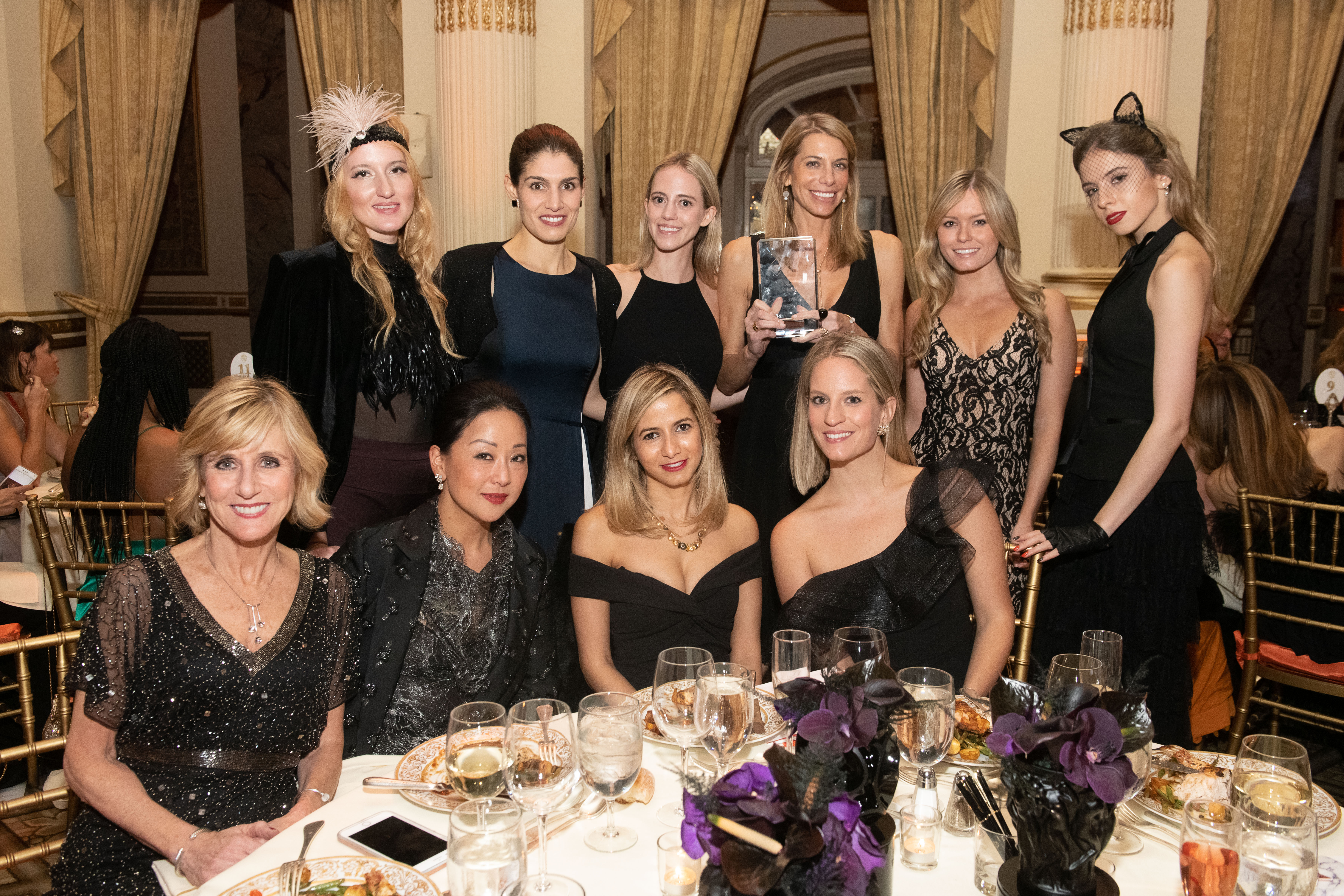 The evening honored French luxury lifestyle brand LALIQUE and its founder René Lalique. It was organized under the gracious patronage of His Excellency Gérard Araud, Ambassador of France to the United States, His Excellency François Delattre, Ambassador and Permanent Representative of France to the United Nations, and Mrs. Sophie L’Hélias-Delattre, Ms. Anne-Claire Legendre, Consul General of France in New York, and Mrs. Bénédicte de Montlaur,Cultural Counselor of the French Embassy in the United States. 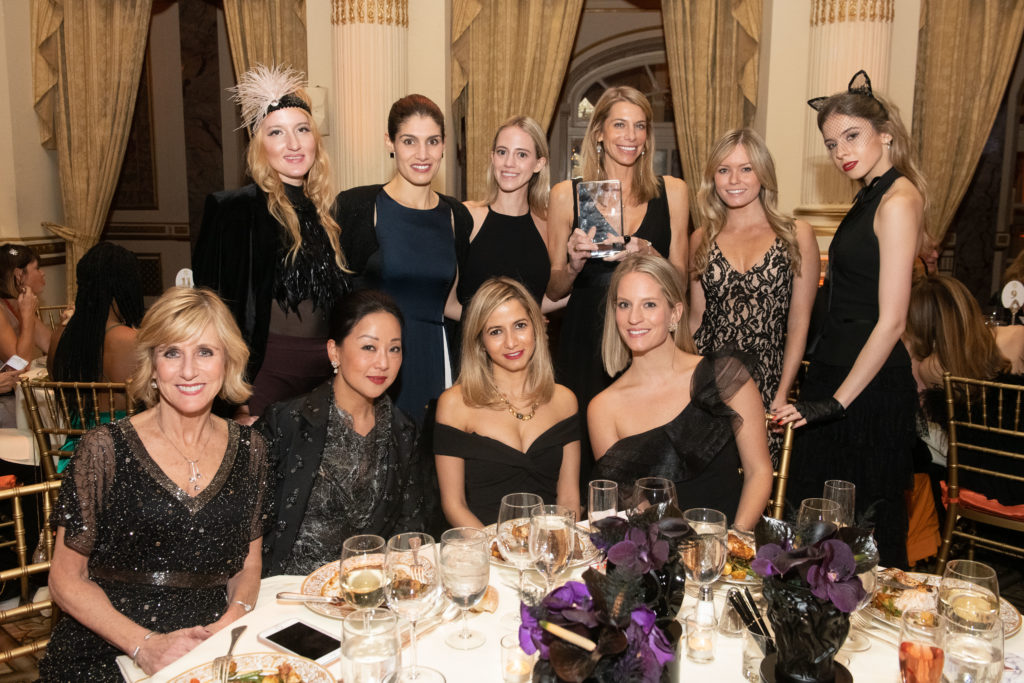 A cocktail reception commenced with singer and performer Lenny Hoops providing the music and entertainment before guests sat for dinner. Attendees raised their glasses as Chairman of the Board, Elizabeth F. Stribling and Denis de Kergorlay welcomed guests, and CeCe Black thanked her fellow Gala Chairs.

The events wine consultant and emcee, George Sape then introduced a short video about LALIQUE before Elizabeth F. Stribling and Denis de Kergorlaypresented a trophy to the LALIQUE team, which was accepted by Sarah Gargano on behalf of the brand. Celebrating their 130th anniversary in 2018, LALIQUE is internationally recognized as the ultimate symbol of French luxury.

Supporters were given the opportunity to bid on four lots that included Living LALIQUE – an exclusive cocktail party for up to 10 guests in an elegant space designed by LALIQUE, which served so popular a second party was provided with both selling at $4,500. A lavish travel package to Discover the Parisian Art-de-Vivre was sold for $6,500, dinner for four at Skybox at Daniel accompanied by superlative wines was placed for $3,500, and a stay at La Mamounia, the legendary 5-star palace hotel in Marrakesh, Morocco, resulted in a bidding war before being placed with the winner for $6,000. 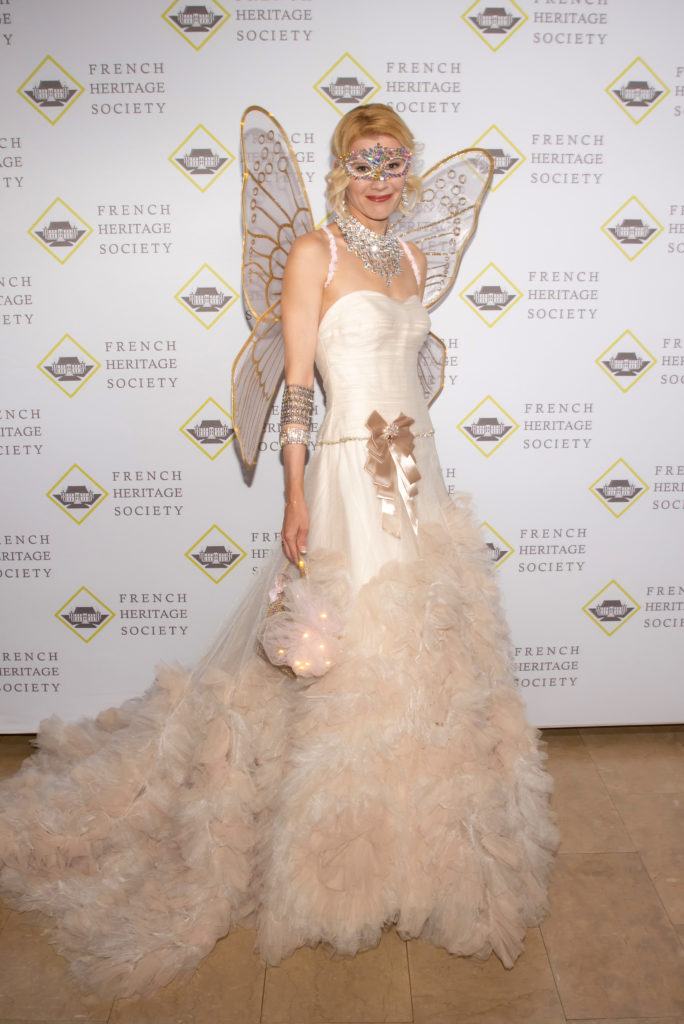 French Heritage Society was founded in 1982 as a two-way street for Americans and French to share their love of historic architecture. French Heritage Society intervenes to ensure that the treasures of our shared French architectural and cultural heritage survive to inspire future generations to build, dream and create. FHS has contributed to over 580 restoration grants and helped secure $21.2 million dollars, including matching dollars, for historic monuments, buildings and gardens in every department in France and to properties in the United States that reflect France’s historic influence. There are 11 Chapters of the Society throughout the United States and Paris.