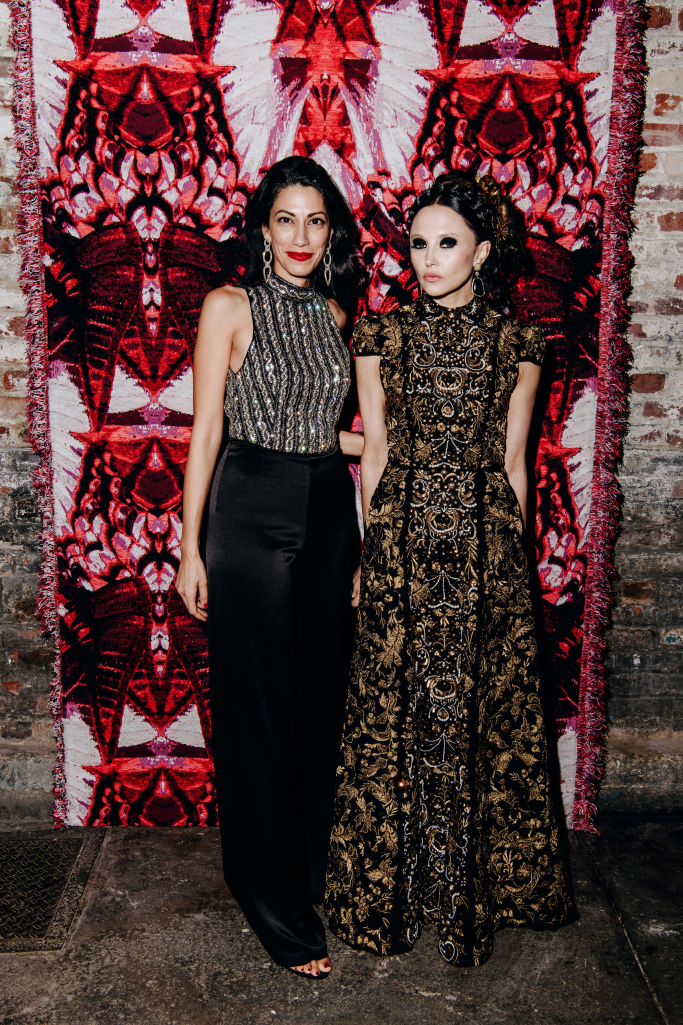 “New Museum’s mission is new ideas, and it’s just so wonderful when we can celebrate the emerging voices,” said Karen Wong, deputy director of the New Museum during cocktail hour at Studio Ten at Industria. “We’re very proud that we’ve got this terrific platform for artists who are doing innovative, provocative, weird work, and that we’re able to give them space and the right type of support.”

The museum first showed Prouvost’s work several years ago, before she went on to win the prestigious Turner Prize. Massimiliano Gioni described the sequence of events as “auspicious.”

“It’s been a nice ongoing conversation,” he said, adding that one of the artist’s videos is currently on view at the museum’s offsite exhibition at The Store X in London. “I think she’s one of the most interesting artists working today, but particularly, everything about her videos is strangely fluid between reality and imagination, and language and reality. And that also makes her particularly interesting to recognize tonight as representative of the next generation. I always think that you feel a generation gap first of all through language and through words, and her work is very much about that. She is an artist who is a leader in inventing a new language and new work.”

The artist blurred reality during the evening, too, describing a dream-like sequence of events involving her grandmother while accepting her award.

“I don’t feel as new as the New Museum, but I’m getting newer and newer everyday,” said Prouvost, who was in town for one night only. “On my way here as I was flying, I was remembering how my grandma used to go on a little plane, she would ask my uncle to take her on a little plane, and she would undress, go totally naked, and attach herself to a little rope and just jump and float through the clouds.”

Maybe it was metaphor, but it did provide a moment of pause for the crowd, which included Maria Sharapova, Derrick Adams, and Aimee Mullins and Rupert Friend.

“A lot of my work is about the past, so the past and the new and the future is one thing — one big, organic thing that feeds from each other,” Provoust had described earlier. “I guess what [New Museum] does is to support so many new brains to explore and provoke us, promote our future, promote the idea of me flying here for this new event. And that’s what art is supposed to do, is provoke and question.”