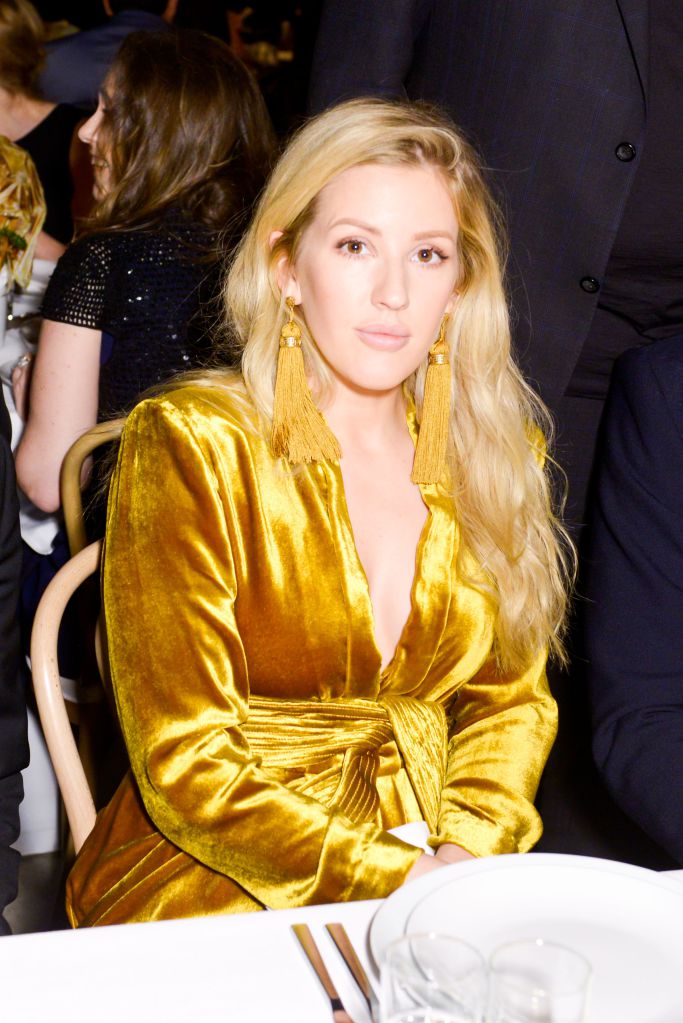 Performa likes to keep its crowd guessing. And as usual, its annual fall gala offered plenty of surprises throughout the night.

This year’s event at Stage 37 honored iconic land artist Christo and his late wife Jeanne-Claude who, over the course of many decades, created ambitious large-scale environmental works. As an homage to the duo’s work, the stated dress code of the night was “fold,” and many in the crowd obliged.

“I think fold has something very conceptual and beautiful and poetic about it; you can kind of interpret it any way you want. You’re not enforcing anything on anyone, because there’s folds in every type of material,” said event cochair Roya Sachs, a lifelong Christo admirer. “He really reminds me and shows me that persistence and imagination have no boundaries. Whatever you want to achieve, you can achieve that. He spent so many years trying to develop his projects, and then finally when they come to fruition it’s a magical moment,” she added. “Oftentimes you see a finished project, but you don’t know what went behind that, what went into that, and what that means and how that’s transferred and how does that change the artwork.”

Christo maintains that what went into his projects is a lot of work — real work.

“Real wind, real water, real danger, incredible problems, real fear,” said the 83-year-old artist during cocktail hour. “Everything we do is all real work; has nothing to do with make-believe. Most of the art today is illustrations of things. We have to get permission — we don’t talk to actor politicians, we talk to the chancellor of Germany.”

For their “The Gates” project, which was documented by the late Maysles brothers, he had to talk to many New York politicians until he was able to realize the plan of erecting 7,503 saffron-canopied gates inside of Central Park.

The climbers scaling the railing inside the event space were, however, real performance artists. So were the performers tethered to buckets inside the venue’s entrance. The crowd included artists of many stripes, from the up-and-comers to the more established, including Ellie Goulding, Rashid Johnson, Derrick Adams and David Hallberg. No matter how Christo chooses to define his work, the fact is that he’s part of the fabric of the larger artistic cannon.

“I’m always astonished by people who’ve managed to sustain a position, a level of ingenuity and inventiveness and creativity that over six decades, it’s huge,” said Performa founder RoseLee Goldberg, who met Christo in the Seventies when she was working in London and described his work as “democratic.” “One of the points I’ve been trying to make ever since I wrote my first book in 1979, but also with Performa is that performance has been around for centuries, it’s not something that suddenly new,” she added.

What Performa attempts to do is add an element of newness to the gala scene.

“When this curtain is dropped, you’ll be very surprised,” she added, gesturing to the tented dinner space behind her. “In New York, the reality in America for all of us, is galas — we have to do these events to make sure that we are viable financially,” she said. “We decided to turn it around and always make our galas these really extraordinary surprises and really unusual performance events. So tonight is going to be one of them. The food is not your typical gala food.”

Case in point: when the crowd sat for dinner, surrounded by projected images of Christo’s work, the appetizer in front of them was yogurt and onion: Christo’s favorite breakfast. Each item served throughout the night references the art duo’s projects: Mastaba, Boulders, Islands, Trees, Apostrophe.

As buckets of silent disco-style headphones were passed around ahead of an evening of performances, Goldberg offered the crowd another word: V-O-T-E.