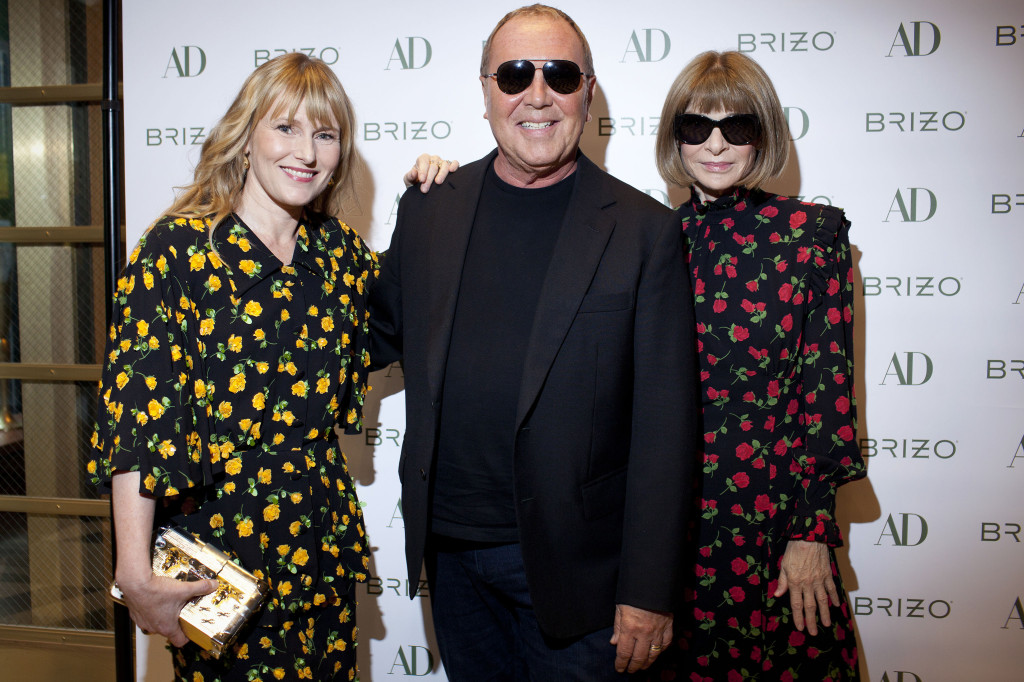 After a week fraught with rumors concerning the future of Vogue and multiple Condé Nast titles, AD’s editor in chief Amy Astley hosted a party to shake that gossip off.

Architectural Digest had a party at New York’s Legacy Records on Manhattan’s West Side on Wednesday to toast its September style issue — although the timing wasn’t great. The Brizo-sponsored event — which drew the likes of Michael Kors (who’s on the cover of the magazine this coming month and gave AD a full video tour of his penthouse apartment), Jason Wu, Anna Sui and Anna Wintour — was hosted by Architectural Digest editor in chief Amy Astley. Condé Nast had been suffering a hailstorm week surrounding rumors of Wintour leaving — which it finally firmly denied by saying she was staying “indefinitely” — when reports, including in The New York Times, revealed that three of the financially challenged media giant’s publications — W, Brides and Golf Digest — are up for sale. But if anyone at the fete was worried about those issues, it didn’t show. Hordes of people swarmed the bar and entrance area of the venue, crowding together and kissing each others’ cheeks.

Woman of the hour Wintour stood in a corner after posing for photos on the step and repeat. Arms folded, she leaned against a railing and put her head down to chat with Kors. But to anyone else, she retained her usual Greta Garbo-esque act, declining to be interviewed by saying, “I’m just running out, but nice to see you.” Even when a guest inquired whether she’d seen her daughter Bee Shaffer’s wedding photos from her recent nuptials to Francesco Carrozzini, Wintour simply pulled a pained smile and kept walking. Nice to see you, too.

Astley did pause to chat about why readers are so interested to see the inside of celebrities’ homes.

“What’s interesting in our world is personal,” she said. “My first style issue at AD, we featured Marc Jacobs’ home, and people were very surprised to see how he lived. It wasn’t what they expected. In the case of Michael Kors, I was really struck by how perfectly cohesive his house was with what he’s been doing his entire career: sleek, luxurious minimalism.”

Switching to her mentor Wintour’s title, Vogue, Astley was asked about rumors that Wintour gave Beyoncé full editorial control over that magazine’s September cover story. “I don’t know anything about that,” Astley said. “To me, that’s just talk in the media. I wouldn’t believe any of that talk about anybody ceding control. There’s no way that Anna’s making a false move with anything that she’s doing at Vogue, especially that issue.”

Both Wu and Sui are busy at work on their respective spring collections they’ll be showing in September. With their fabrics for the upcoming season fully squared away, they said they’re ready to start putting things together.

“Now I don’t have an excuse why there’s nothing done,” Sui said, laughing.