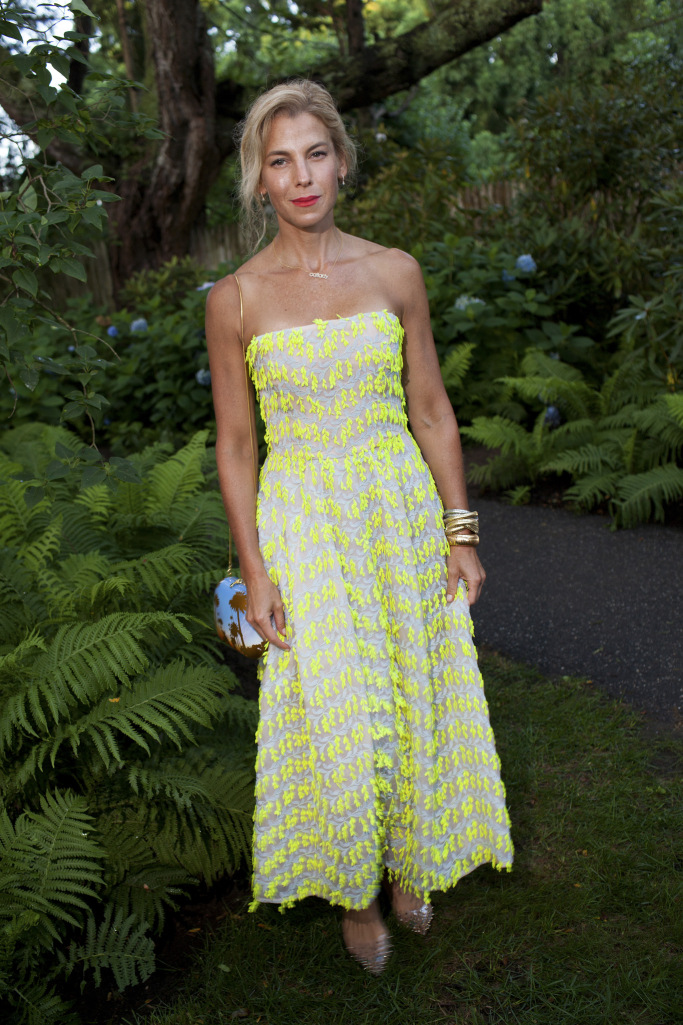 Stella McCartney, Judd Apatow and Leslie Mann, Tory Burch, Neil Patrick Harris and many more showed up for the festivities.

Down a long, gravel driveway and hidden behind trees in full bloom, in what Jerry Seinfeld sarcastically referred to as “the very low-key East Hampton,” some of Hollywood and fashion’s stars gathered under twinkling lights for Net-a-porter and Good + Foundation’s summer dinner.

Good + founder Jessica Seinfeld and her husband Jerry; Stella McCartney; Judd Apatow and Leslie Mann; Gwyneth Paltrow; Neil Patrick Harris, and many others attended the dinner, along with the president of Net-a-porter, Alison Loehnis.

Rosie Assoulin and Jennifer Fisher sat next to each other at dinner with their heads together, chatting animatedly. Assoulin said her brand has switched over to the resort and pre-fall schedule.

“We’re going to be enjoying from the sidelines this fashion week,” she said. “We also have a collection coming out, but it’s not for fashion week, it’s a little capsule we’re working on.”

Fisher’s collection has been done for six months now, the jewelry designer said.

“We are moving to all show-now-buy-now for jewelry and accessories,” she stated, adding that her company has something “very exciting” happening the first fashion week.