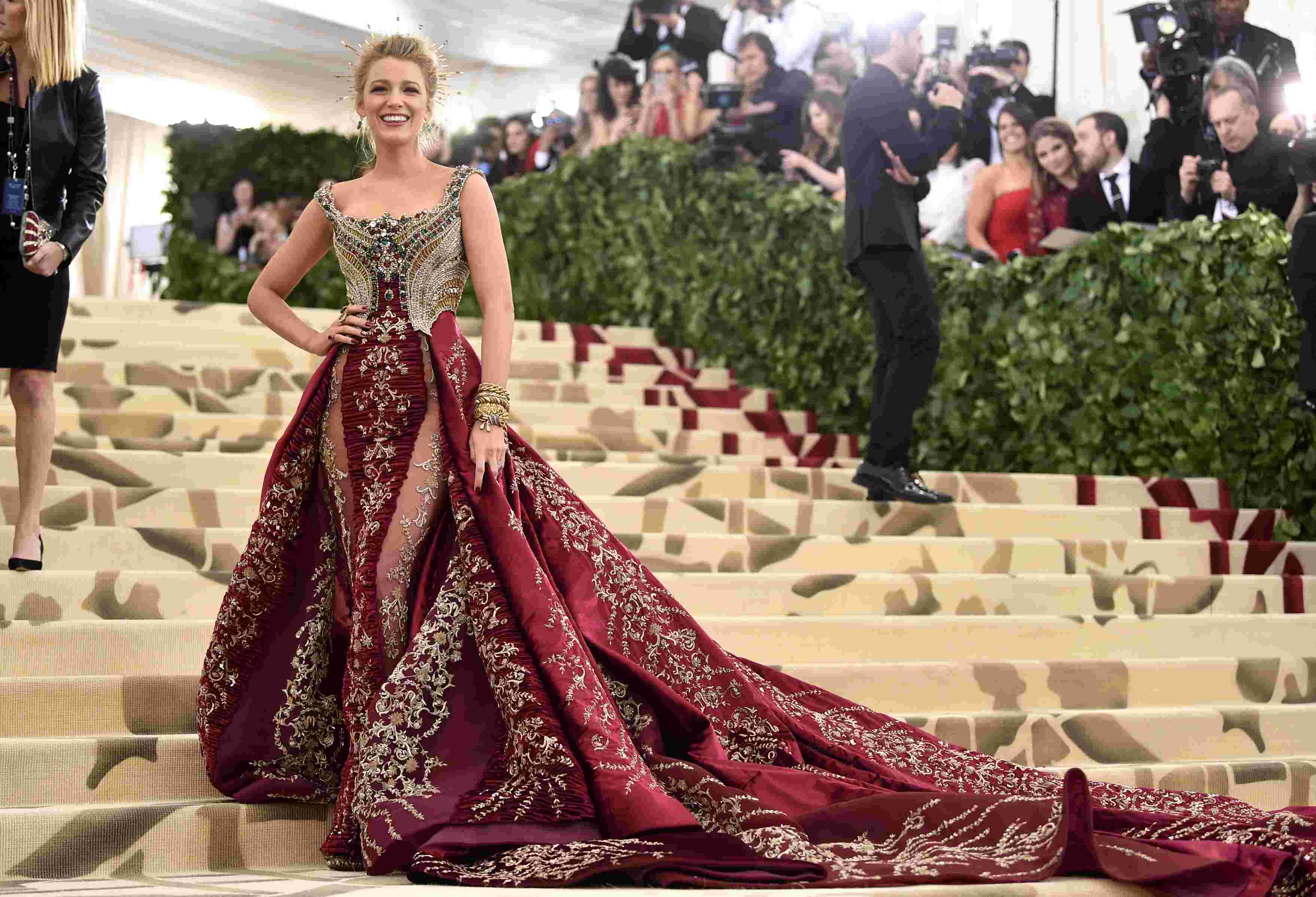 It’s easy to forget, amongst all the hysteria surrounding the Met Gala, known variously (breathlessly) as “the Oscars of fashion”, “the red carpet event of the year”, “the party you can’t pay your way into”, ad infinitum, that there’s a museum-housed exhibition to accompany all the style statements. Heavenly Bodies: Fashion and the Catholic Imagination is the title of the Costume Institute’s blockbuster 2018 show, the biggest it has ever produced and one with which, before you ask, the Vatican is resolutely on board, having lent approximately 50 pieces from the Sistine Chapel Sacristy.

One wonders what the Pope would make of over 500 boldfaced name actresses, models, musicians, designers, editors and businessmen attempting to interpret this year’s dress code, a jovial “Sunday best” that presumably sought to allow for religion-themed creativity while simultaneously sanctifying The Sexy Floor-Length Gown. The world’s most glamorous would not have found much outfit inspo in scripture – there is very little in the Bible that helps to spell out the proper dress for sacred worship, other than the general directive to “Adore the Lord in holy attire” (Psalm 96:9) and for women to don veils in “a humble imitation of the angels’ behaviour, who when they sang the praises of God, and adored and glorified his perfections, covered their faces and their feet with their wings,” (Isaiah 6:2). Wings. Katy Perry, are you thinking what I’m thinking?

“Holy” was a hard sell, then (with the caveat of Rihanna), but as for the titular “Catholic imagination”? That, they could moodboard the Gehenna out of. For some, a dollop of Catholicism was served via a bejewelled crucifix slung over their couture confections. Others added a hasty tear of blood, Weeping Madonna style, beneath their eyelids.

The urge to hagiographise was great: numerous stars, including Madonna, opted for star-spangled Madonna halos, while others went full High Renaissance (Ariana Grande, in a literal interpretation, wore a Vera Wang dress whose fabric depicted scenes from Michelangelo’s The Last Judgment. “I’m the back wall of the Sistine Chapel. I feel fairly important,” she told the New York Times). Kudos, too, to Jaden Smith, who brought his gold certification plaque for his single “Icon” as an accessory, which constitutes more of a mic drop than last year’s dreadlocks.

It all made for a tricky decision-making process come best dressed “clothed in majesty” time. Who deserves lauding for scaling the Mount Sinai of fashion challenges?