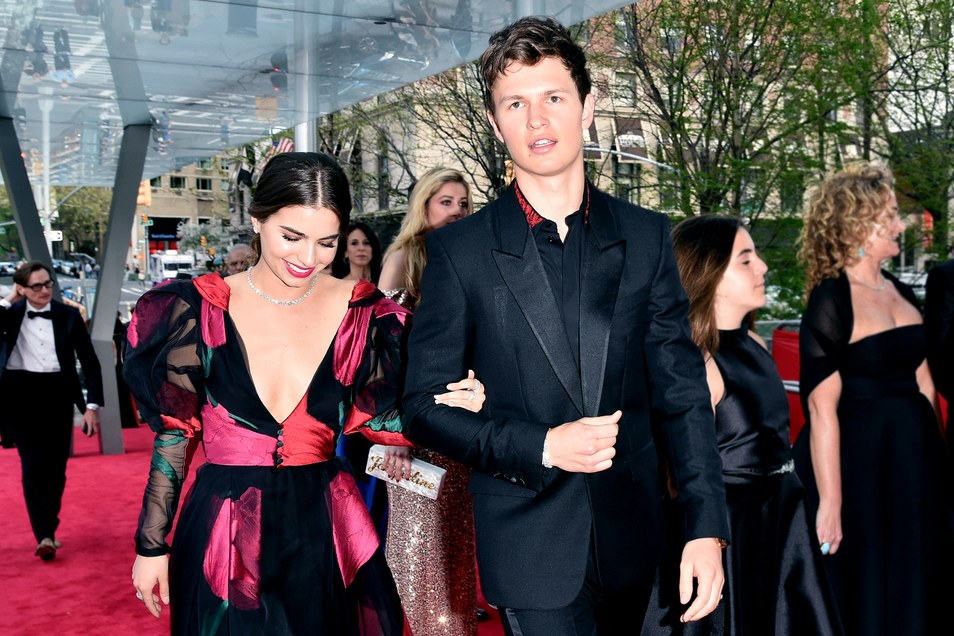 Springtime in New York means more than allergies and clement weather. As the city thrums with anticipation for Monday’s Met Gala, the red carpets start rolling out all over town, including at the New York City Ballet’s Spring Gala, held Thursday night at Lincoln Center.

In the wake of Peter Martins’s retirement last January as ballet chief, amid allegations of sexual and verbal misconduct (Martins has denied all allegations of misconduct and an independent investigation did not corroborate the allegations), the New York City Ballet returned to its roots with a celebration of choreographer Jerome Robbins. At the gala the company premiered the electric, whirlwind number “Something to Dance About,” which condenses nine of Robbins’s major works—including West Side Story, Gypsy, Funny Girl, and The King and I—into one unmissably spectacular 30-minute performance, and will have five more performances in May.

Elgort, dressed in a snappy Givenchy suit, was unabashed about his respect for N.Y.C.B.’s dancers, reflecting on his younger days as a student at the School of American Ballet. “I was in the S.A.B. for five years. The reason I even tried to get into S.A.B. was because of musical theater, because I wanted to do musical theater,” Elgort said as he sat down to an asparagus and prosciutto salad at the post-performance dinner. “I figured that if you did this it would help you do musical theater, and you watch the way these dancers do musical theater—the way Chase Finlay jumped around in that sailor outfit . . . it’s insane.”

For Elgort, who is a musician in addition to his acting career, dancing always came third. “I was dancing because I wanted to get better at it, not because I was really good or I liked it. I loved singing and acting and dancing, but dancing was definitely the third.” Still, that doesn’t stop him from cutting a rug once in a while (several memorable scenes in Baby Driver included): “I love to dance. I dance every day. Even when I work out I dance. I like to dance all the time.”

Over at table 63, Hamilton veterans Leslie Odom Jr. and Phillipa Soogushed about choreographer wunderkind Justin Peck, who had just premiered “Easy,” his new 80s-inspired number. “I love the way Justin works,” Odom Jr. said. “And there’s not a lot of that out there right now. He’s so creative and thoughtful. You would think that that’s ubiquitous, but it’s really not and it makes him special.” 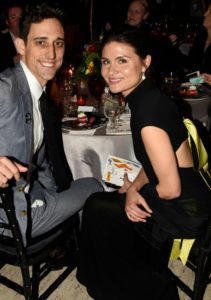 Odom Jr. and Peck collaborated on a workshop for the current revival of Carousel, which Peck choreographed. “I thought the same thing when I worked with him then,“ Odom Jr. said. “It was witty and singular and confident. He studied Jerome Robbins so he’s trying his best to be everything that man was and add to that. To push the form forward.” 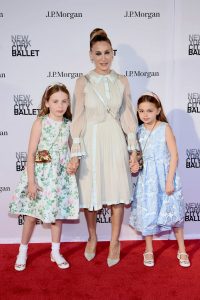 Sarah Jessica Parker, who walked the red carpet with her twin daughters, was missing from the dinner. She was present at the performance, though, seated front and center on the mezzanine, where Peck came to visit and pay his respects after the final ovation. She gave him a hug and introduced him to her daughters before sweeping them out onto the deserted plaza—though dinner had not started, it was probably way past their bedtime.