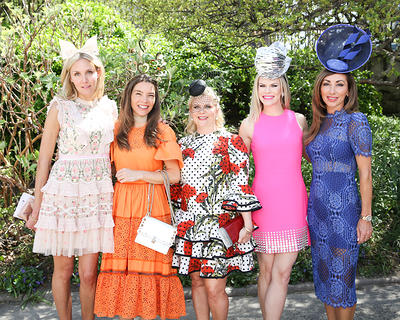 Broadway composer Stephen Sondheim could not have been more succinct when he wrote a lyric for his groundbreaking 1970 musical, Company. It was a mere six words, but when performed by iconic actress Elaine Stritch, “Does anyone still wear a hat?” became as much a part of the very fabric of musical theater (ironically spoken, not sung) as Bette Davis’s “Fasten your seatbelts, it’s going to be a bumpy night” did for film.

Truthfully, almost a decade earlier, the hat as a must-have for any well-dressed lady’s daytime turnout was single-handedly eradicated by one man: hairdresser Kenneth Battelle and his bouffant hairdo for First Lady Jacqueline Kennedy. In a broad stroke, with the help of large Lucite rollers, a lot of back combing, and a monsoon of hairspray, the American women’s millinery industry went belly up. Similarly, when President Kennedy eschewed the traditional top hat at his inauguration, the same fate befell the men’s hat business.

It was considered a novelty therefore, when in 1983, the Women’s Committee of the Central Park Conservancy planned a new fundraising luncheon at Tavern on the Green and encouraged ladies to wear pretty spring hats. Three hundred guests attended and the event raised a grand total of $173,000.

Today, the annual Frederick Law Olmsted Awards Luncheon attracts a sellout crowd of 1,200, and over its 36-year history has raised over $55 million dollars for Central Park (this year’s event will be held May 2). It is one of the most successful fundraising luncheons in the country, along with being one of the most photogenic. Spectacular hats and stylish dresses aside, the Central Park Hat Luncheon, as it is universally called, is now held in a soaring tent erected within the Conservatory Garden, the only formal garden that exists in the park. Covering a total of six acres, it is divided into three styles: English, French, and Italian.

Like so much of Central Park, the Conservatory Garden was severely neglected before the Conservancy was formed as a private, non-profit organization in 1980 by a small group of concerned citizens. Restoration began in 1983, and in 1987 it was reopened to the public. Like any garden, it requires constant care, albeit on a grand scale.

“Bill Cunningham would always come back from the luncheon like a kid with a big haul from the candy store.” —John Kurdewan, the photographer’s longtime New York Times collaborator

“The park is the jewel of New York, free for everyone to use and enjoy,” says Gillian Miniter, a member of the Women’s Committee and former chairman and honoree of the luncheon. “We raise several million dollars every year that goes directly to the care and the maintenance of the park.”

On the current to-do list: a necessary but costly upgrade of the Conservatory Garden’s hardscapes. “The Women’s Committee has pledged to raise $5 million towards the $10 million needed to restore all of the paths, plazas and fountains,” Miniter explains. “They are original to the 1937 construction, and have deteriorated from decades of wear and tear.”

Indeed, the 1980s project only addressed the botanical elements, the fruits of which are now dazzling, as another former chairman of the luncheon, Anne Harrison, recalls: “One year, Mother Nature was really on our side. All of the cherry trees were in full bloom, and it was a sensational display!”

Equally sensational without fail are the attendees, as captured over the years by renowned photographer Mary Hilliard and the late photojournalist Bill Cunningham in his feature pages for the New York Times. A milliner before he went to work as a freelance writer for Women’s Wear Daily, he had a falling out with publisher John Fairchild and resigned, reinventing himself as a photographer of society and street fashion the likes of which the world will probably never see again.

“It was the Grand Prix of hatmaking for him,” says John Kurdewan, Cunningham’s longtime New York Times collaborator. “As much as he loved the formality of fashion and the world of white gloves—he went wild for creativity—anything that was technically intricate or celebrated nature—things like butterflies and bees—were ‘just marvelous!’ He would always come back from the luncheon like a kid with a big haul from the candy store. I would download his camera right away in anticipation of putting the page together.”

One year, when Cunningham was unsteady from a knee injury, Kurdewan shadowed him at the luncheon. “I was terrified of the cobblestones. Not only for Bill, but all for all of the women in their stilettos.” He continued, “It’s a marathon of an event to work—the hundreds of beautifully dressed women coming down the Vanderbilt Gate stairs—and of course, for Bill, the incredible hats. I noticed that he seemed unusually shaky, and asked one of the volunteers if they could bring me a little bread. You know how he was- he usually would never accept even a glass of water. But they set up a small table and two chairs out of sight and brought us both full plates. It’s probably the only instance in our 15 years together that I ever saw him eat anything at an event. And the whole time, he fretted that because of him, someone would be going without their lunch!”

Here are a few more photos from the luncheon in years past.